Short selling in its traditional sense is about borrowing and selling shares you do not own in the hope of being able to buy them back cheaper at a later time and return them.

In practice, however, short selling is often done via various derivative instruments such as options, futures and swaps. The purpose is not always to speculate in decline, but it can e.g. is about speculating that one share will go relatively worse than another or make arbitrage transactions in connection with e.g. rights issues.

Hedge funds and other players who report their positions often report errors or inconsistencies to authorities, and Modular Finance has many years of experience via Holding's in adjusting for these errors and washing the data.

Short selling is interesting to follow because the person who is shorting a share can potentially be sitting on a company - negative information that can cause the share to fall. Conversely, a price increase can be very strong if a company that many short-sellers start releasing news that is more positive than expected and many at the same time want to close their short-selling positions (so-called short squeeze). 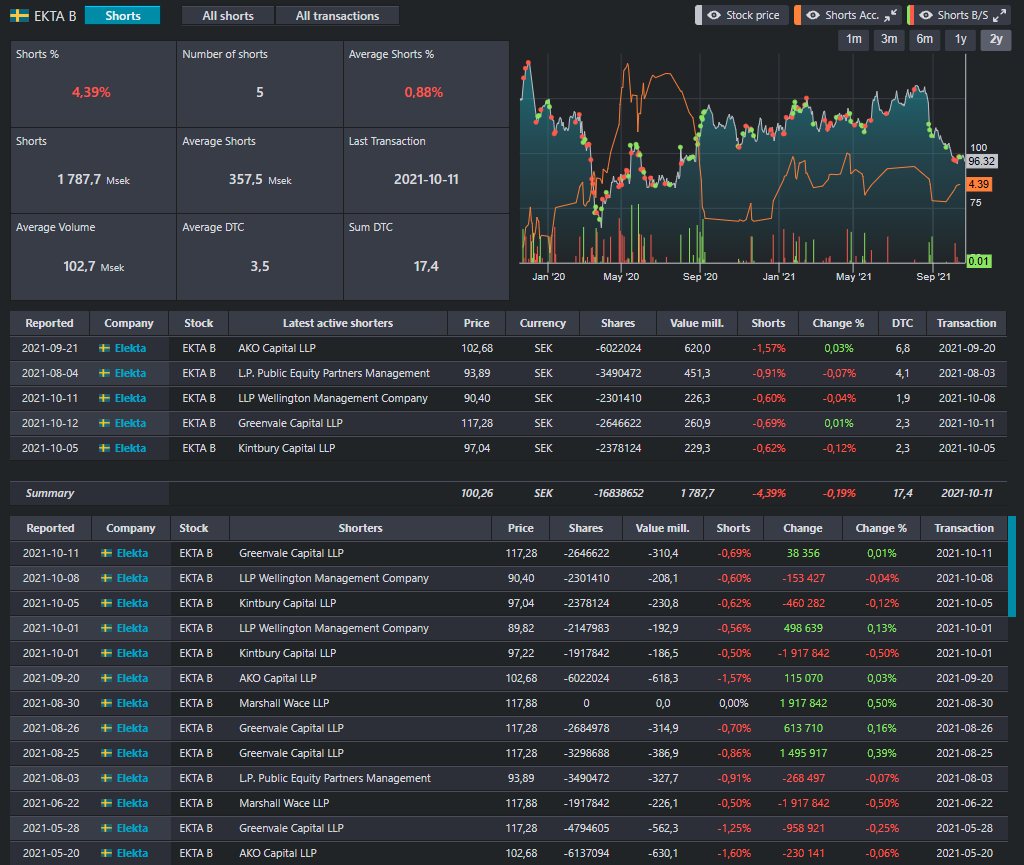 Recent active short selling and historical transactions shown in a separate table for a company.

All active short selling positions shown in a separate table for all Nordic companies.

All historical short-selling transactions shown in a separate table for all Nordic companies.

DTC means (Day-To-Cover) and means the number of days required to be able to cover its short positions based on the share's average daily volume.

Last week's average daily volume for the company's share. Used to calculate the DTC and how many days it would generally take for the blanks to be able to cover their short positions.

The latest active blanks and their percentage position for a company.

Value in millions of short positions and transactions.

Short position in% which is a share of the total shareholding in the company.

Change in the number of shares in the short positions and transactions.